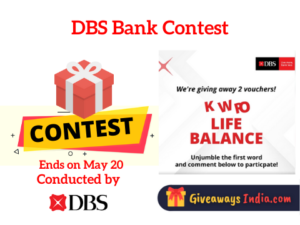 An event in which people compete for supremacy in a sport or other activity, or quality is one of the definitions of a contest.

This was the definition that popped up for the word “Contest” on the internet. As relatable as it seems, this definition may suit scenarios like sports meets, kids’ fun activities, and many more. But as in today’s world, the meaning of contest goes on much more than that.

Everyone is well aware of the Big Boss contest, a reality show where the inmates must make the right connections and compete in challenges to face and survive until the grand finale. Shows like Spitsvilla, and Love school also join the club when it comes to reality show contests. The big boss contestants are too benefited from the name and fame they get while in the house and their reach is through the general audience who spent time watching this reality show.

Purpose of Contest
Many marketing campaigns and researchers use contests as a powerful tool to know their customers better in what they exactly want. Here’s where online contest promotion sweeps right in. The primary purpose is to conduct a simple online contest and attract new customers and retain the interest of old customers via their products to make them more prominent in the marketplace.

Scenario 2: Imagine Lakme, the brand famous for its cosmetics, conducts a beauty contest named Lakme Fashion week and posts them on its official webpage. People enter the contest, and this is where the survey forms play their roles. These survey forms put up a chart on things like which product is preferred by many, which could be improved so and so. The contest is the trump card that satisfies its purpose.

This helps in understanding consumer preferences and the promotion of their products at a bigger rate. The bottom line is that contests connect and build deeper relationships between companies and consumers.

Contest as a marketing strategy
Contests are proven as an effective method when it comes to social media promotions. Any consumer-facing organization and B2B companies can take advantage of contests to realize the three benefits highlighted below.

Followers are the pillars!
Whether you are starting with 100 or 1000 subscriptions, organizing a contest proves to be a driven tool to increase that number.

This just doesn’t happen overnight, and the foundation is built upon the trust of viewers and followers imposed along with the power of a promotion. A basic entry to win a contest or a lucky draw contest set with a lower barrier provides the best option for people who’s a newbie to social media contests at a beginner level.

Audience engagement
By following the things said earlier, there is a possibility that people are visiting your site on a daily basis and engaging in some user actions. That’s all good. To increase the count of who interacts with your brand and generate your site’s traffic, a contest provides a means to deepen the connection and keep them in anticipation of the next contest happening. This strategy keeps them naturally interested in your brand.

Consumer Marketing
Everyone is aware that Social media is a widespread net. From science buzz to movie updates, everything is within a finger’s reach. People who like to stay within the current trends tend to engage in all sorts of social media platforms like Facebook, Twitter, and Instagram, you name it!

Being on the same page, promotion and brand campaigns are done via Digital marketing, making the sweepstakes, contests, and many more a medium. If a particular contest such as mobile photography contest includes a component where participants share about it to their photography friends either by word of mouth or through their social media platforms and asking friends and family to support their entries as referrals will add additional purpose to the contest.

In the end, it’s a big bonus for marketing campaigns, which makes their brand more significant than the rest and thus Consumer Marketing.

Steps to Organize a contest
Organizing a contest is no sweet ride, and it needs a few preparations in hand before conducting one. Listed below are the steps to run a contest.

Overview of the purpose of what you want to achieve by conducting this online contest.
Select the right product as a medium for the contest, based on the latest trendy stuff in the field you intend to conduct a contest.
Select a platform for your contest and set rules which abide by the guidelines of that particular platform.
Creating promotion plans like advertising, blog posts, and posters that will promote the contest online to a bigger and broader scale
Regular follow-up of the participants, sending updates and announcements should be done. Genuinity and Trust play a significant role here.
Test, test, and test… before running your contest live.
Result Analysis is essential to know what worked well and what didn’t, giving a head start on doing the right thing for the next contest.
Use the data gathered from the contest for research purposes as it will be the key getaways to know your customers better!

So that’s it, folks. Follow this secret sauce about marketing contests and how to make one.