Like a new film that creates lots of buzzes even before hitting the screens, Xiaomi’s Redmi K30 is already creating lots of buzz like a storm in a teacup even before its launch. To add more excitement the tech channel C4ETech channel has announced an international giveaway for Redmi K30 smartphone.

C4ETech is a tech channel that focuses on Smartphones and Android. In addition, the channel provides reviews, comparisons & tests to App & Game recommendations to mods and tutorials. Now the channel has announced the Redmi K30 giveaway which happens until January 20, 2020.

Get a daily dose of giveaways and contests happening around you to win!!. All that’s to do is follow our social media platforms and shout the warcry- Giveawaysindia rocks!!

Congratulations A.Saravanan on winning the giveaway. Keep subscribing us from your new smartphone too!!

Register to get Free updates on results and giveaways 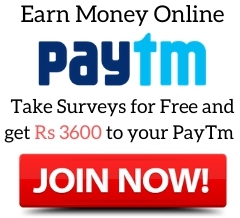 Save on Amazon and Flipkart